How the Razor was Created?

It is said that the razor is a man's romance, which should only be thought of in our modern times.For in ancient times, when the knife was not as fast as the mouth, shaving was not a beautiful thing to enjoy, and could even be described as long and painful.

The shaving tools were primitive stones, shells and so on, and even when metal shaving tools such as bronze and brass came out later, they were not really sharp enough to shave off the hair.

Alexander the Great also rejected the beard, but unlike the " hairy barbarism " of the ancient Egyptians, shaving in Alexander's time had a very practical purpose.

During the cold war years when the Macedonian kingdom was at war, Alexander ordered his soldiers to shave off their beards in order to prevent them from being caught in hand-to-hand combat and disadvantaged.

This military tactic, which was used to save lives and increase combat effectiveness, became socially acceptable and became a new trend.

A bronze shaving tool, very similar to the modern razor, was also introduced during this period and people began to use copper and iron, which did not dull easily, to make razors.But it was only a little more bearable than in the past, and still not a good experience.This situation did not improve until recent technological developments. 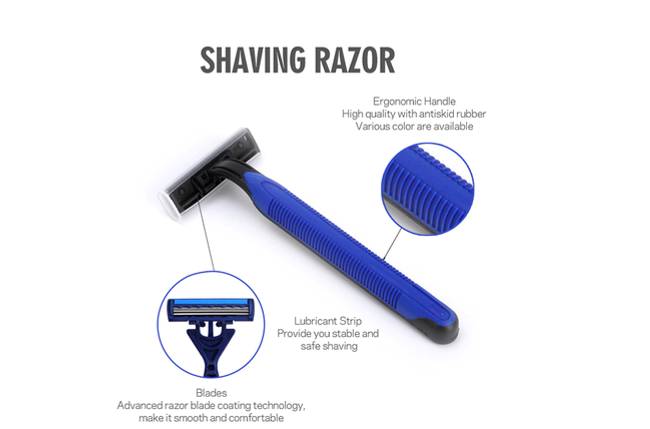 By the early 20th century, the Gillette razor, with its fast, safe and interchangeable blades, had become the standard for the US military.

Shaving was no longer painful, it was now easy and pleasant.What's more, the popularity of Gillette razors made it possible to shave at home, without having to go to a barber shop.At the same time, electric razors were quietly evolving as electricity became more popular.

From 1928, when Colonel Jacob Schick designed the first electric shaver, to the advent of the cordless electric shaver in the 1960s, when mankind officially entered the age of mobile shaving, the electric shaver developed in just a few decades.

We are Chinese-based supplier, focusing on hotel amenities Design & Manufacture. Since 2001, JETWAY has been one of the biggest hotel amenity manufacturers in China. With professional design and excellent sales team, working with hundreds of importers & distributors all over the world, we provide them with the best-quality products and innovative designs.

JETWAY has a standardized plant of 50,000 square meters, include workshops for Hotel Cosmetics, Soaps, PET bottles, PE tubes and Slippers, Plastic Shaving Kit Disposable Razor etc. Our production lines already cover 80% of hotel room supplies, well above the industry average of 30%. Among them, cosmetics production workshop has obtained GMP certificate, and it can meet the high-end production needs of customers in various countries.

Previous: What Hotel Facilities Are More Likely to Attract Guests to Stay?

Next: Do You Know What Else Soap Is Used for?